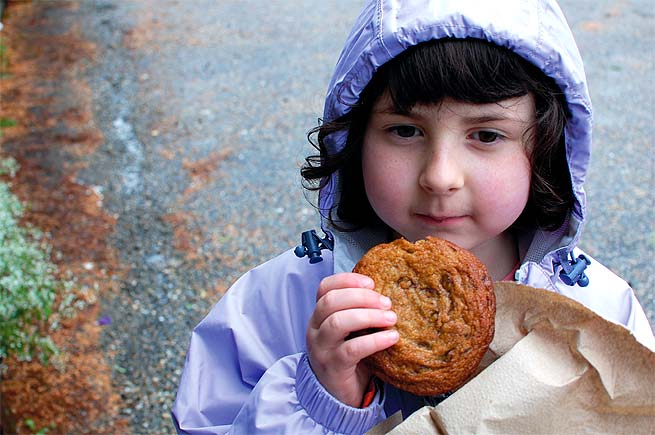 Over the last few years that I have worked at the farmers market in Great Barrington, I have found that children are the market’s best customers. Sure, many little ones enter the transformed parking lot as if they didn’t want to be there, stubbornly trailing behind. But after 10 or 20 feet, anyone can witness the change— and then it is the small hands that touch the radishes and rhubarb first. While their parents run into this or that friend, the kids inhale the smell of fresh food just dug and picked, and they will even take a vegetable from the table and shove it into their mouth before anyone can tell them otherwise.

Each year, the farmers market begins in May, and winter-weary customers emerge from their houses in search of fresh food, rubbing their eyes in the sun. This year, the first market provided some early hardy greens, beets stored from the late fall and pale, sweet, spring-dug carrots. Midway through the morning, a family came over to our table, and both parents eyed the assortment critically. “No lettuce,” the wife reported to the husband. “No lettuce,” the husband repeated to the wife. Between them, a little face, topped in curls shaped by last night’s pillow, peered at me. Their daughter was just tall enough to be at eye level with the boxes of carrots lined up on the table, and I watched her inhale the scent of earth that clung to the carrots in their green paper boxes. The carrots themselves seemed to call to her, and she inched her way towards the table. Her parents started to walk away, focused on green and crunch for their salad bowl. The little girl stayed put.

“I want these.” She was quiet, but she had that stubborn look that I know well from my own two girls. It took a few moments for her parents to realize that they had lost her to the carrots, but when they did, they came back to the table. The father was puzzled, and he gave a sideways glance at the blueberry muffins from the bakers at our neighboring table. “You want what?”

Her hands appeared on either side of her face, and they gathered one of the boxes of yellow spring carrots. Before her parents could question it, she was clutching that box of carrots with all her might, and the first carrot had disappeared in a symphony of crunching. Mom and dad exchanged glances over her head, and then handed over the three bucks for the carrots with a shrug. Off they went in search of their lettuce—their happy daughter and her carrots a few steps behind.

There is, of course, the other kind of market, too. Any parent can tell you endless horror stories involving children and supermarkets. Maybe it’s the lights or the technicolor Dora cakes, or maybe it’s just something in the air, but most of the time there is at least one tantrum going on in every aisle. As a parent of two children, I cannot claim to be an expert, but I do know one thing—and I tell it to any parent expecting their second child who might ask for a pearl of wisdom: Do not take more than one child to the supermarket unless you absolutely have to. Stick to one kid in the cart, if possible, or even better, if you have the luxury of the choice, go it alone. Supermarkets and small children just do not mix.

Farmers markets are an entirely different story. To celebrate the first market of the season, my girls, ages 7 and 9, led by my 13-yearold sister, trekked the mile down the hill to the farmers market. They had filled their pockets with saved-up coins from winter visits from the tooth fairy, and after running over to say hello, they embarked on the long and delicious process of deciding what to buy. Choices were made, minds were changed, treats were traded and finally they settled down in the middle of the market for a picnic.

Those early markets are a quiet whisper of the booming events that take over during the height of the summer—now there is music and storytelling and all sorts of entertainment for kids while parents peruse the produce. But watching the kids at that scarce little May market, it is clear that no one needs to blow giant bubbles or offer art projects to engage them. The market is enough. It is the food that draws them in, and it will entertain them all morning. 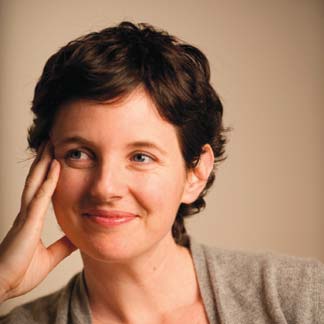 ALANA CHERNILA writes, cooks, sells fresh vegetables and teaches cheese making. Alana is a graduate of St. John’s College in Santa Fe, New Mexico, and lives with her husband and two young daughters in Great Barrington, where she is also a selectman. Her writings have appeared in numerous publications in print and online, including Martha Stewart Living Magazine, Gilt Taste and Food52. Her first book, The Homemade Pantry: 101 Foods You Can Stop Buying and Start Making, was published by Clarkson Potter in April 2012. Follow her adventures in the kitchen at EatingFromTheGroundUp.com.