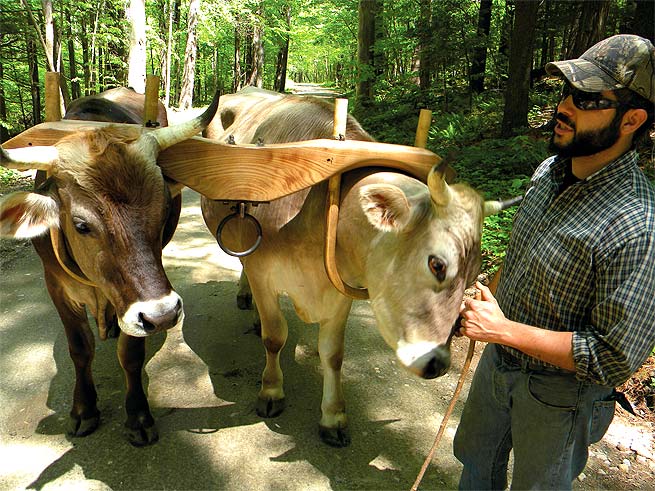 Rich attributes his passion for good food to working part-time at both a farm and restaurant while attending Roger Williams University in Bristol, Rhode Island. He recalls eating some of the best heirloom vegetables and spending the majority of his off time scouring the grocery stores and farmers markets to find more

After graduating in 2000, Rich spent a few years working back and forth in construction jobs, with his family’s city pump repair business and in restaurants. In 2004, confused about which way to go, he put everything on hold to pursue a dream of his: hiking the entire Appalachian Trail, spanning over 2,000 miles from Maine to Georgia.

After completing the grueling hike, in 2005 he returned to the Berkshires, which he recalls always admiring and previously visiting. He responded to an ad in the local paper for farm work needed in exchange for room and board at Moon in the Pond Farm in Sheffield. After the first month, however, the mere 15–20 hours required work each week turned into more ambitious days and weeks and earned Rich an intern-like position. Over the course of three years, Rich worked along side the farm’s owner, Dominic Polumbo, absorbing his knowledge and love for the land and animals. Waiting tables at The Old Inn on the Green in New Marlborough also fed Rich’s enthusiasm for bringing locally grown food to the table, complementing his hard farm work.

During Rich’s last year at Moon in the Pond Farm, a slideshow about using horses for farm work caught his eye. “When riding a tractor constantly, the fumes are overwhelming. I wanted to instill a simpler and healthier way,” he said.

Rich went to milk cows at Twin Oaks Farm in Alford with Paul Paisley. Paisley took note of Rich’s enthusiasm and let him train two newborn bull calves for a similar purpose. (During the mid 1800s, steers or oxen were primary work and transportation animals as well.)

After a month Rich moved the animals to Moon in the Pond Farm, where they live today.

With farm animal experience, a few books and a video to aid him, Rich trained his team of Brown Swiss oxen, Lucas and Larson, over the next three years with the intention of using them for logging, harrowing (tilling) and other farm tasks.

Not only is Farmer Rich creating a self-sufficient system, but he is also reducing the impact machinery has on a farm. Heavy tractor wheels compact the soil and can leave damaging tire tracks, whereas animal hooves aerate the soil, contributing to a lighter structure more beneficial for vegetable growth. The aroma of the oxen is less harmful to both people and the environment than fumes from machinery. Rich also noted, “It’s harder to jump over or move around a rock or log with a tractor.”

Farmer Rich’s goal is to train more teams of oxen and see more oxen used on farms for practical uses. “With the increasing fuel prices and expensive maintenance on machinery, working animals are necessary for the future,” he adds. “The animals eat the grass, and their waste fertilizes the land Sounds sustainable enough, right?”

Rich Ciotola’s farm, Foggy River Farm, is located at 113 Division Street in Great Barrington. While potatoes, corn, winter squash and beans are his main crops he also grows onions, tomatoes, peppers, eggplant and other winter storage crops. His growing season is from May to October but he sells vegetables throughout the winter. Rich also sells firewood from logs that he pulls with his oxen team. He sells directly from his farm and can be reached at 413-717-1735 or richciotola@hotmail.com. Call ahead. Dominic Polumbo (owner and farmer at Moon in The Pond Farm, 816 Barnum Rd., Sheffield) has been posting ads in hiking guides seeking interns since Rich’s departure. In addition to vegetables, Dominic raises and sells meat from heritage-breed chickens, ducks, geese, turkeys, cattle, pigs, lambs and goats. You can find Dominic at the Sheffield’s Farmers Market on Fridays or the Millerton Farmer’s Market on Saturdays (LocalHarvest.org/Millerton-Farmers-Market-M20714) or he can be reached at 413-229-3092 for more information on purchasing products 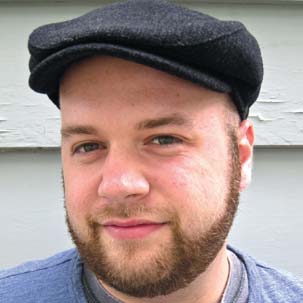