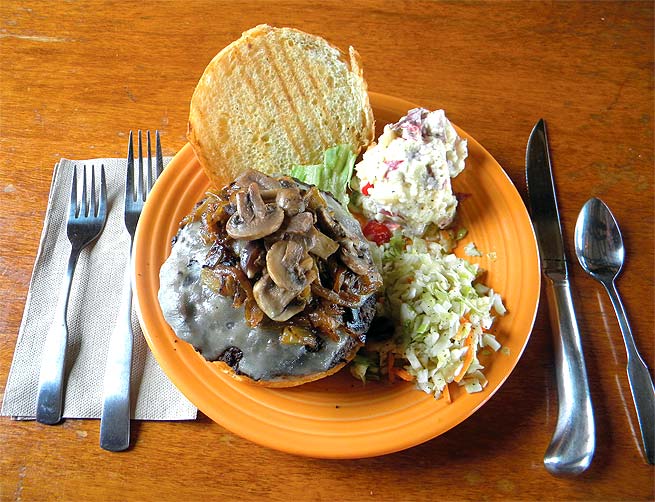 Bascom Lodge atop Mt. Greylock in Adams offers a restaurant unlike any other in the state. For starters, it sits on the summit of our tallest mountain and, at 3,491 feet, it’s the highest you can dine anywhere in Massachusetts. But you won’t be roughing it.

Everything that goes into a meal at Bascom has to be driven up the mountain by one of the staff: Delivery trucks won’t come here. And everything that isn’t used has to be driven right back down before winter sets in. When the lodge shuts down for the season, the inside temperature matches that of the rugged, frigid landscape outside, and anything that can’t take the cold has to be packed out. Last year the restaurant’s chef, John Dudek, accidentally left the plastic top of an ice cream maker in the lodge over winter. It shattered.

You might not expect much in terms of fine dining from a restaurant so inhospitable to ice cream maker tops for much of the year, but there you would be wrong. Even more unique than the lodge’s altitude is the fact that, in such a place, you can get a really great meal. Haul yourself up the mountain—via, say, the Thunderbolt Trail or the March Cataract Trail— splash your face clean in the restroom sink, and then sit down to a Cuban flank steak with grilled peppers, onions, tomatoes, sherry, oregano and lime, washed down with a glass of wine or beer and topped off with coffee ice cream or dulce de leche. Or just drive to the top of the mountain for lunch one day, perhaps the grilled Swiss with caramelized onions on sourdough, or a veggie burger made with chickpeas, barley and mushrooms.

The lodge is open for breakfast, lunch and dinner seven days a week from June 1 until October 21. There is only one dinner seating, at 7pm, though Chef Dudek is toying with the notion of taking staggered reservations later in the season. Those would start earlier in the evening to allow for better visibility driving down the long, mountain road once darker days are upon us.

“The menu changes every night,” says Dudek. “It’s a three-course menu, and this year we’re focusing on every Thursday night being a vegetarian menu.” Each night is inspired by a different ethnic cuisine, from French to Brazilian. Lunch is more casual, featuring the aforementioned sandwiches as well as burgers, dogs, soups and salads. Come for breakfast and you will not want for pancakes.

Dudek feels that his braises are the dishes that best represent the surroundings. “Up till the end of May and June and again in September and October, there will always be a fire in the fireplace and the food served at night will be classic mountain braised dishes. Osso bucco is very popular at the lodge, [as are] game hens and lesser cuts of meat that are slowly cooked in wine and herbs and spices to reflect a hearty, country atmosphere.”

He notes that three of the five months the restaurant is open, the evening temperature often dips into the low 50s or high 40s. Many of the ingredients are selected by Chef Dudek at local farmers markets, and this year he has also begun sourcing produce from a farm in Clarksburg, which is growing heirloom varieties specifically for the restaurant. Also new to this year is a line of house-made frozen desserts including ice pops, ice cream and sorbet. One less thing to haul up the mountain.

From June 1 to October 21, breakfast is served daily from 8am to 10am, lunch is served from 11am to 4:30pm and dinner is served at 7pm, though earlier seatings may become available later in the season. For reservations, call 413-743-1591 or email mail@bascomlodge. net. To preview the menus, visit bascomlodge.net.

Bascom Lodge is on the summit of Mt. Greylock at Mt. Greylock State Reservation in Adams. For directions, visit BascomlLodge. net/Directions.html. Th e website warns “GPS doesn’t always get you here from there. Please do not use it.” Although the Lodge and part of Mt. Greylock sit within the town of Adams, no roads go from Adams to the Lodge. One must approach the mountain from Lanesboro, North Adams or Williamstown. 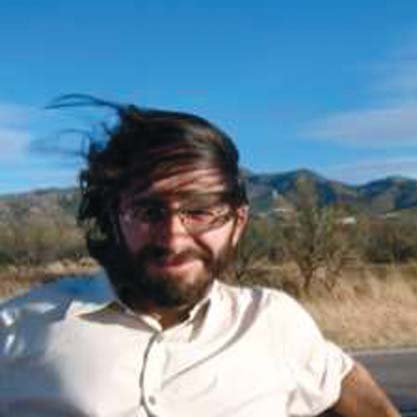 AARON KAGAN is the editor of Eater Boston and is a freelance food journalist whose work has appeared in the Boston Globe, Smithsonian.com, Meatpaper, Stuff Magazine Boston, Boston Magazine, the Boston Phoenix, Edible Rhody, the Forward and Th e Jew and the Carrot. In his previous life he toured the U.S. with the sketch comedy group the Late Night Players and he recently had his first play, Beep… Doot, published by the Boston Theater Marathon XII. He has also worked as a teacher, a cook and a personal chef, is an ardent forager and is thrilled to have discovered his first patch of wild asparagus this past spring.