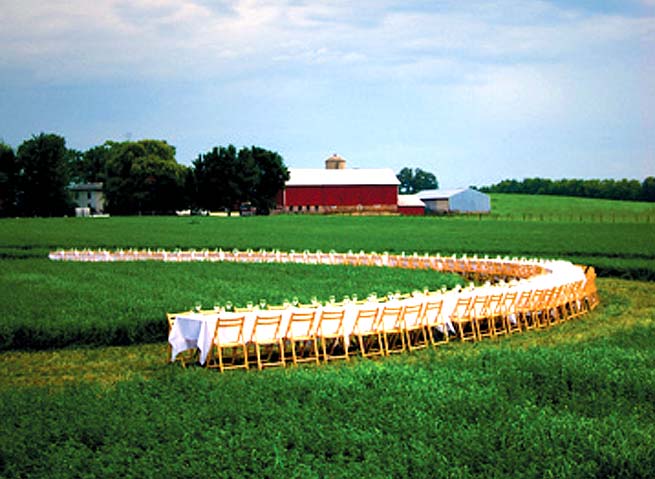 Maybe you shouldn’t read this.

It is dusk; the evening is warm and we are standing together with many friends beside a long, lovely, white-clothed table set for dinner in a beautiful field. Music is playing; we’re drinking wine, our spirits high, expectant. The smell of earth hangs in the air: dew and fertile ground and the fragrance of late summer flowers. Night creatures begin their enthralled chatter.

Where am I? Am I about to sit at a table in a field where food has been grown and harvested for generations? I guess so. From the field kitchen now a cadre of servers comes with trays of food—in waves, one after another—starting with rich-flavored soups and warm breads, then colorful salads, followed by sumptuous courses of roasted meats and fish and vegetables, some of which we have never seen, and every taste an epiphany.

We eat continuously, pausing only to glance about from time to time as if to reassure ourselves we aren’t dreaming. And more food comes, desserts and sweet things, and so on and so forth until we eventually notice that the tables are being cleared and, inevitably, that time has passed. We gaze at the darkening fields, catch in the flickering candlelight one another’s wistful glances, wherein lingers a hope this night might last a while longer.

I expect that the real movable feasts created by Outstanding in the Field (OITF), the organization that has been setting its long dinner tables at farms and gardens around the country for years, are something like that. A lucky few Berkshire residents may get to find out in September, as OITF’s national tour of U.S. farms brings its signature field dinner event to Egremont’s Indian Line Farm, birthplace of America’s community-supported agriculture (CSA) movement.

OITF began in 1998 as a series of farmer-recognition dinners in Santa Cruz, California. The next year, the group moved its event outdoors, named itself and now has become a renowned roving culinary adventure that celebrates local bounty and the chefs who bring diners and farms together in every region of the country.

Drawing OITF to a Berkshire farm was in part the inspiration of Angela Cardinali of Berkshire Farm & Table, an organization that hopes to advance economic development in our region through promoting its longstanding food culture to a national audience of culinary and agricultural tourists.

“The OITF event in September will help put the spotlight on our farms and the excellent quality of food that is being produced here in our restaurants by chefs committed to a farm-to-table mission,” she said.

“I’m honored to be preparing foods grown and raised by Berkshire farmers and serving them in the environment in which it was nurtured,” Alberg said. “Outstanding in the Field helps to make this possible and I’m excited that I’m the one who gets to honor these ingredients and these farmers through my cooking.” Indian Line co-farmer and proprietor Elizabeth Keen is delighted her farm was selected to host the dinner. “I truly love this place and I love the idea of sharing it with people who might not otherwise get to experience it,” she said. “And the story of how we got here, this farm being home of CSA in America, is an exceptional one to tell visitors.”

Not that you can go. And don’t say I didn’t try to warn you. All 150 seats were sold within hours after the event was announced in early April, for $220 apiece. If it’s any consolation, I’m not going either. Maybe next time. 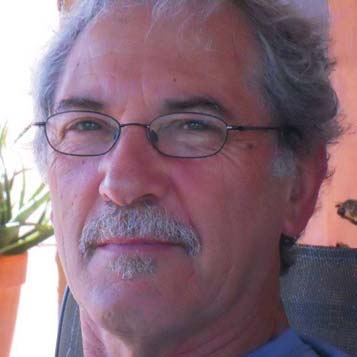 SAM BITTMAN is co-founder of bittmanBOYS Edible Gardens and author of several books on gardening, including Seeds: the Ultimate Guide to Growing Vegetables, Herbs & Flowers (Bantam) and The Salad Lover’s Garden (Doubleday). He can be reached at sam@bittmanboys.com.