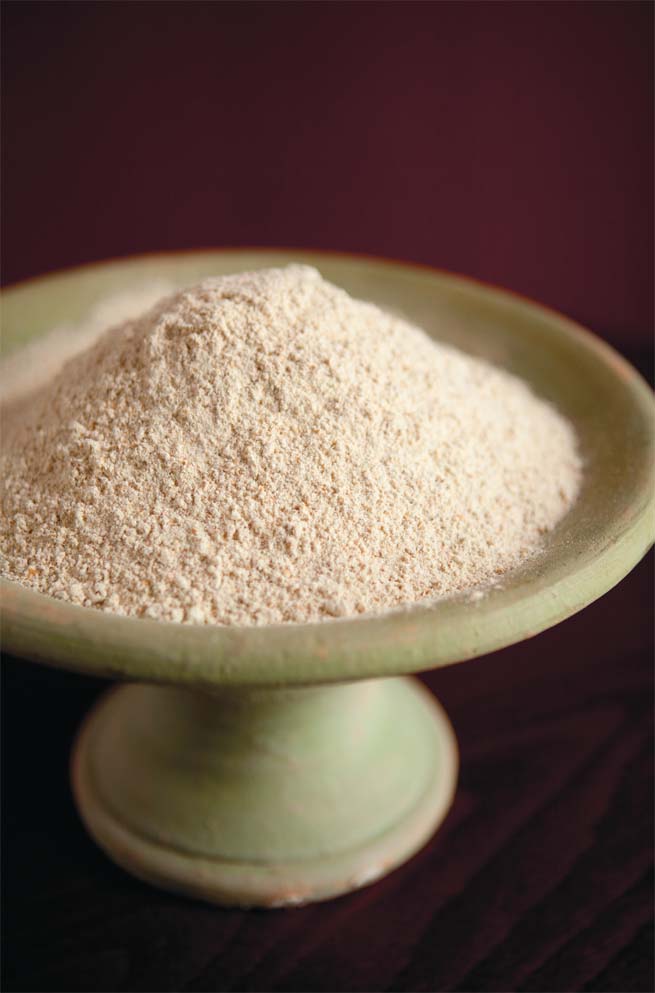 Back to the Future for Heritage Wheat Last winter I decided to spend some time looking into what’s going on with wheat. I’ve been a professional baker for over 17 years, and I was quickly tiring of more and more guests coming into our restaurant claiming wheat allergies, gluten intolerance or—even more stressful for food service—full-blown celiac disease.

I spoke with one consultant about creating a separate baking space for working with wheat, in order not to contaminate our kitchen for any highly sensitive guests, but then I thought that this seemed rather extreme. If we’ve gotten to this point, what’s really going on here? Maybe we shouldn’t be using wheat at all?

We discussed the question with our nutritionist, and she recommended the book Wheat Belly by William Davis, MD, which quickly answered a lot of my niggling questions. It seems that just as genetically modified organisms (GMOs) were introduced covertly into our food system a few decades ago, extreme hybridization over the last 50 or so years has altered the structure of wheat from its natural state (unbeknownst to us cooks, bakers and eaters).

In order to grow and harvest wheat more cheaply and efficiently, the grains were hybridized to grow much lower to the ground; to have sturdier stalks with heavier, easier-toseparate grain heads; to be more disease-resistant; to have higher gluten content (for fluffier loaves, of course!); and in this way to become completely dependent upon synthetic fertilizers and heavy irrigation.

Modern wheat has basically been stripped of most of its nutrition and rendered relatively indigestible in the process. Though I didn’t personally have any symptoms of illness due to wheat consumption, learning these facts made me feel slightly uncomfortable with my baker’s diet of nearly 100% wheat!

(Start your day in the kitchen early with nothing in your stomach, bake until you can’t go anymore without some food, grab a scone or other pastry to keep cranking, maybe make a sandwich later in the day if you can take a break, a few cookies or a piece of bread to curb the hunger during the late afternoon and then go home and make some superfast (because you’re starving!) pasta for dinner…. The irony of most chefs’ diets is that we eat terribly! Thus the presence of a nutritionist in our lives these days; I basically rode a wheat/carb-high rollercoaster every day for 15 years.)

After giving this background, the book refers to a woman, Eli Rogosa, a food anthropologist who has hand-collected original, untampered-with grains abroad, and a grain she grows, Einkorn, which is an ancient ancestor of modern wheat and a much healthier alternative. I started to get really excited when I realized that Eli Rogosa and her special grain were in fact just up the road from us in Colrain, Massachusetts. I quickly sent her an email and received a very welcoming reply.

With Franck Tessier, my husband and chef at our restaurant Chez Nous in Lee, Massachusetts, I drove up to Eli’s farmhouse in Colrain, where we were enveloped in another world and another time: Sheaves of wheat and grain were propped up all around, each with a tag identifying its origins. There were posters about “landrace wheat’s” and maps of the Middle East and Europe. Eli herself, with her sweet and earnest smile, had baked us a loaf of Einkorn bread to taste. It was delicious and surprisingly light. Franck was immediately transported to his childhood in France, where so often he visited his godfather, a bread-baker, and said he hadn’t tasted bread like this since. Listening to Eli describe her work and the origins of this rare grain, we felt incredibly privileged to have access to something so delicious, nutritious and unique. We loaded up our car with grain and flour and drove back down to Lee completely inspired. Eli’s mission is not only working with safer and more natural foods, but literally saving heritage grains from extinction. She is writing a book about her research and regularly speaks about the many ancient grains that she has collected and cultivated. But she says that of all of the ancient wheats and grains she has acquired from gene banks around the world, Einkorn is her favorite.

Her original grain was collected in Europe, and multiple field trials sponsored by the USDA at UMass resulted in great production from the Einkorn plants in the Berkshire climate. It has twice the protein and minerals as modern commercial wheat and, though it does contain some gluten, is considered “gluten safe” for many people who have been dealing with wheat and gluten sensitivities brought on largely by the hybridization and manipulation of modern mono-crop wheats.

The ancient wheats and grains also have the advantage of a very deep root system, making them much more hardy, though they grow very tall (as we all imagine wheat does and should, but it doesn’t anymore!). These deep roots absorb minerals into the plant, and the tall, leafy stalks photosynthesize more nutrients, as well. On top of all of this, it is easily digestible and organically grown. Are you starting to get excited about Einkorn yet?

But does this grain taste delicious? Is it easy to work with? After trying most of my recipes with Einkorn I can state unequivocally that Yes! you can make French (and other) pastries with ancient grains! Its low gluten content makes it like the softest cake flour for pastries (bread made with it must knead for a very long time, and/or be left to proof 24 hours or more in order to come together in a relatively “normal” way, but it’s worth the effort: completely delicious with no carb-craving-induced rollercoaster. Einkorn doesn’t spike your blood sugar the way that modern wheat does).

Pizza dough, pasta, all are perfect and I’ve been learning to bake all over again with this wonderful flour. At the restaurant we made a clear decision to strictly limit working with commercial wheat and maximize our use of the ancient grain Einkorn (we cook the whole grains with seasonal vegetables into an incredible “risotto”).

After all these years of baking and cooking and putting so much care into the sources of our ingredients, we feel blindsided to never have questioned what was actually in that bucket of wheat flour. It’s so liberating to be able to think and act holistically about what we’re doing as chefs. It feels like a missing link has been supplied in our sourcing of healthier, pesticide-free, not genetically modified REAL FOOD to serve at our restaurant.

Rachel Portnoy is a pastry chef and co-owner of Chez Nous Bistro in Lee, Massachusetts, with her husband, Franck Tessier. She arrived in Lee 11 years ago and opened Cakewalk Bakery, which she sold in 2005. She now spends her time running the restaurant and developing recipes for delicious desserts that don’t include modern wheat.